95% of Ovarian Cysts Do Not Require Surgery

What Is an Ovarian Cyst?

In most cases, an ovarian cyst is a negligible variation from its proper function (follicle growth from the 10th to 13th day of the menstrual cycle, ovulation on the 14th day – spontaneous bursting and healing of the corpus luteum created this way).

In some cases, the follicle does not burst and persists, or bursts and then fills up again with liquid. In most cases, the cyst bursts spontaneously. The cyst does not necessarily cause difficulties, or it can cause a sensation of pressure or pain.

The diagnostics of ovarian cysts is not very complicated thanks to ultrasonic instruments available in almost all gynaecological offices. Ultrasound is sufficient and the use of more complex examination methods (magnetic resonance, tomography) is not necessary. 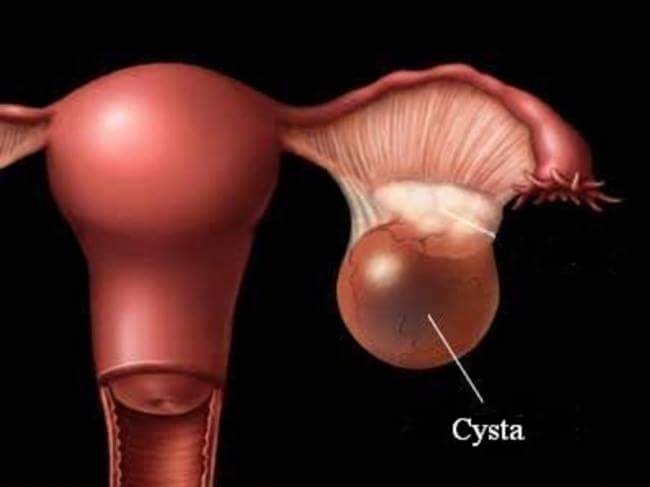 Functional cysts (follicle cysts and corpus luteum cysts). These are the most frequent cysts, with a diameter of 4-9 cm, rarely more. They are called “water cysts” as they only contain fluid. If they burst, the fluid irritates the peritoneum, causing discomfort or pain on a short-term basis.

Endometrial cysts are filled with old blood caused by atypical occurrence of a small part of the endometrium that menstruates to the cyst regularly. This causes cyst tension and pain during the period. The cyst does not burst, just grows in size during the period.
Endometriosis is an auto-immune disease, where the endometrial cyst is a consequence of this disease. Removal of the cyst alleviates the difficulties, but does not treat the immunity disorder. Therefore the ovarian cysts can refill, or new cysts can appear after the removal.

Dermoid cysts are filled with developmentally mature, solid tissues that do not belong in the ovary (sebum, hair).

Cancerous cysts are rare and they are caused by uncontrolled growth of the affected tissue.

Therapy for cysts suspected to be of cancerous origin is strictly surgical.

Fertimed is a fertility treatment centre with locations in Olomouc and Polanka nad Odrou. We take pride in having had several firsts in the Czech Republic, as well as having contributed to some of the world’s leading medical journals.

We meet numerous women in our offices whose ovary function has become worse after baseless cyst surgery (premature malfunction or premature onset of menopause), and therefore we devote a great deal of time and effort to conservative (non-surgical) cyst removal.